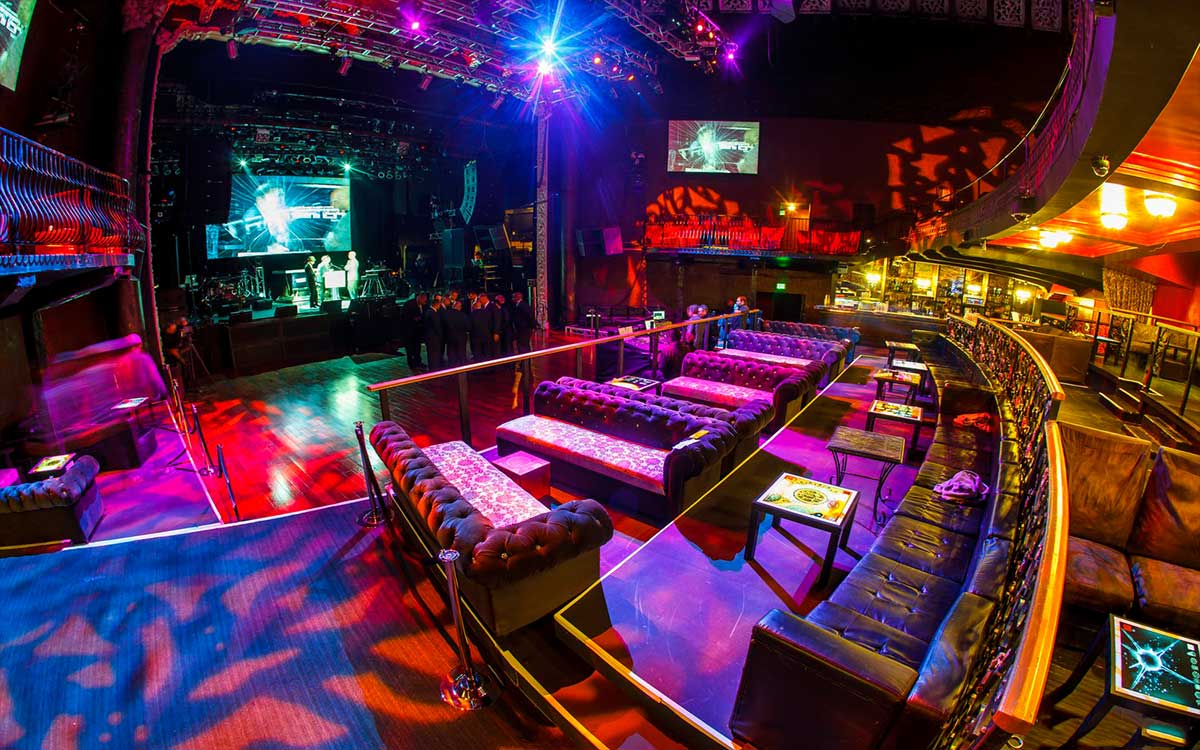 
Originally opened in 1927 as The Hollywood Playhouse, the building at 1735 Vine Street, which now houses Avalon Hollywood, is not just a nightclub, it’s a Hollywood institution that has staged everything from the first west coast Beatles performance in the ’60s to Grammy parties and Dim Mak Presents shows. The club itself first started in Boston in 1998, then moved to New York before finding a home inside this historic Hollywood landmark.

Founded by John Lyons, an audio expert and leader in night-club sound production design, the Avalon has been around long enough to help usher in two eras of electronic dance music in America — turn-of-the-Millennium, MTV-approved Chemical Brothers and Moby electro-pop and the recent incarnation of mainstream EDM and dubstep.

It was renovated in 2014 with state-of-the art features that include the world’s largest subwoofer — 40 inches — ever installed inside a club. The place mostly operates Friday through Monday. Friday hosts its Control series where you will find trap and dubstep DJs taking the stage, while Saturdays bring the bigger names in house, trance and techno to the venue like Claptone, Paper Diamond, Tensnake and Fritz Kalkbrenner, who are all on the bill this spring. Insane sub bass.