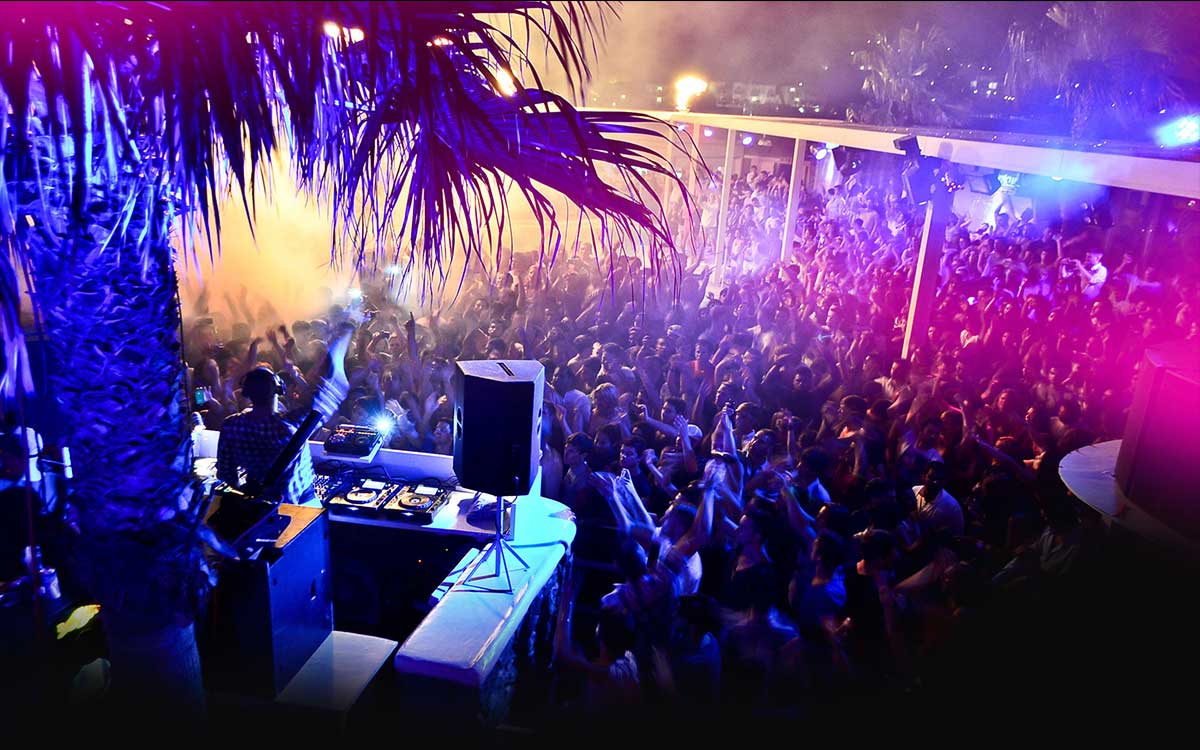 
Wanna party to EDM till dawn on a picturesque cliff-top overlooking the Aegean? Well, at Paradise Club such a scenario is entirely possible! Suspended on a rocky outcrop on the Greek Island of Mykonos, Paradise takes its name from the beach above which it hangs: the idyllic sands of Mykonos’ Paradise Beach. Paradise Club prides itself on more than just its Mediterranean location, they’ve also got some of the best mainstream house and EDM line-ups in the region.

Steve Aoki and Avicii have both done their EDM thang at Paradise, plus UK trance legends Above & Beyond and Dutch house titan, Afrojack. During the day visitors can relax by Paradise Club’s enormous outdoor pool, before heading to the club’s outdoor arena after sundown.

Billed as one of the biggest and most famous clubs in Europe, Paradise is so popular they even do merch (taking cues from mega Ibiza party brands like Space and Pacha), meaning you can leave the club fully stocked with t-shirts and vests or even a ‘Paradise Club Compilation’ CD for the kick on!