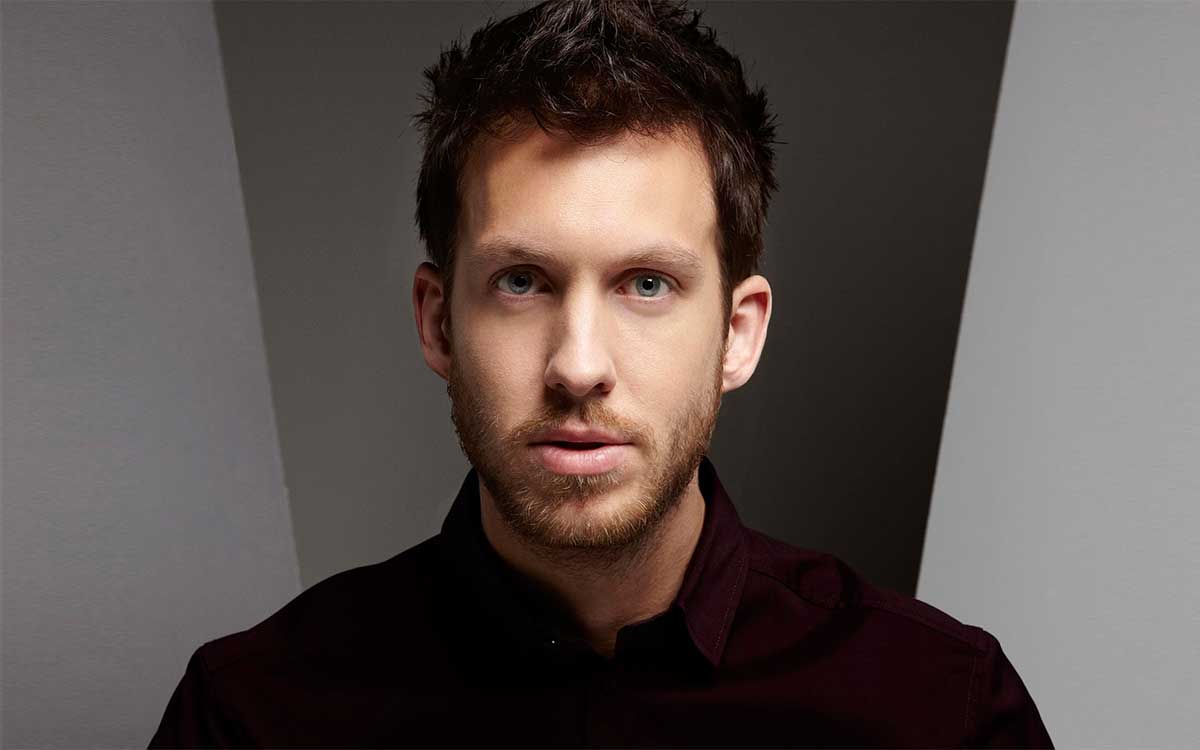 Dance producer Calvin Harris went from posting his music online to producing material for Rihanna and selling millions under his own name within a few years. A talented remixer and DJ as well, he has won Grammys and MTV VMA awards, broke Michael Jackson’s record for the most U.K. Top Ten singles from one album, and was named Forbes’ highest earning DJ in 2013.

Born on January 17, 1984, in the southern Scotland city of Dumfries, Harris was first attracted to electronic music in his teens and was recording bedroom demos by 1999. Two of these songs, “Da Bongos” and “Brighter Days,” were released as a 12″ club single and CD-EP by the Prima Facie label in early 2002 under the dj name Stouffer. With that single to his credit, the still teenaged Harris moved from Scotland to London, but as a very small fish in one of the world’s largest and most competitive ponds, Harris floundered; only one of his songs was released during his time in London, “Let Me Know” with vocalist Ayah on the Unabombers’ 2004 live-mix CD Electric Soul, Vol. 2.

Returning home to Dumfries, Harris began posting homemade solo recordings to his MySpace page. An A&R representative from EMI liked what he heard and signed Harris to the label in 2006. Following a pair of successful singles, Harris released his debut album, I Created Disco, in the summer of 2007. It featured two Top Ten hits (“Acceptable in the 80s” and “The Girls”), and climbed high in the album charts. Along with his work as a solo dj, including touring in front of a full live band, Harris quickly became an in-demand remixer — working on singles by Jamiroquai, Groove Armada, All Saints, and CSS. He also wrote and produced songs for Kylie Minogue’s 2007 comeback album, and collaborated with Dizzee Rascal on “Dance wiv Me,” which reached number one in the U.K.

“I’m Not Alone,” the first single from his second album, also hit number one upon release in April 2009, as did the album when it appeared that August. That album, Ready for the Weekend, topped the U.K. albums chart and peaked at number 12 on Billboard’s U.S. dance/electronic chart. Through 2011, Harris took on production work for Example, Tinchy Stryder, and Rihanna (“We Found Love,” a quadruple-platinum hit in the U.S.), while he also issued two more of his own singles (the Kelis collaboration “Bounce” and “Feel So Close”). Harris’ third solo album, 18 Months, was a collaboration-filled affair that featured “We Found Love” and “Bounce,” plus vocal spots from Ellie Goulding, Florence Welch, and Ne-Yo, among others. It was released in October 2012, hit number one on the U.K. albums chart, and reached number 19 in the U.S. Nine singles from the album went Top Ten in the U.K. — an astonishing feat. The following May, his songwriting was acknowledged when he was given the top Ivor Novello award. Forbes reported that he was the highest-earning DJ of 2013; according to the publication, he made 46 million U.S. dollars — 14 million more than runner-up Tiësto. Harris continued to roll and released “Summer,” the lead single for his fourth album, in March 2014. Collaborations with John Newman, Big Sean, and Hurts preceded the release of Motion that November. ~ Stewart Mason, Rovi