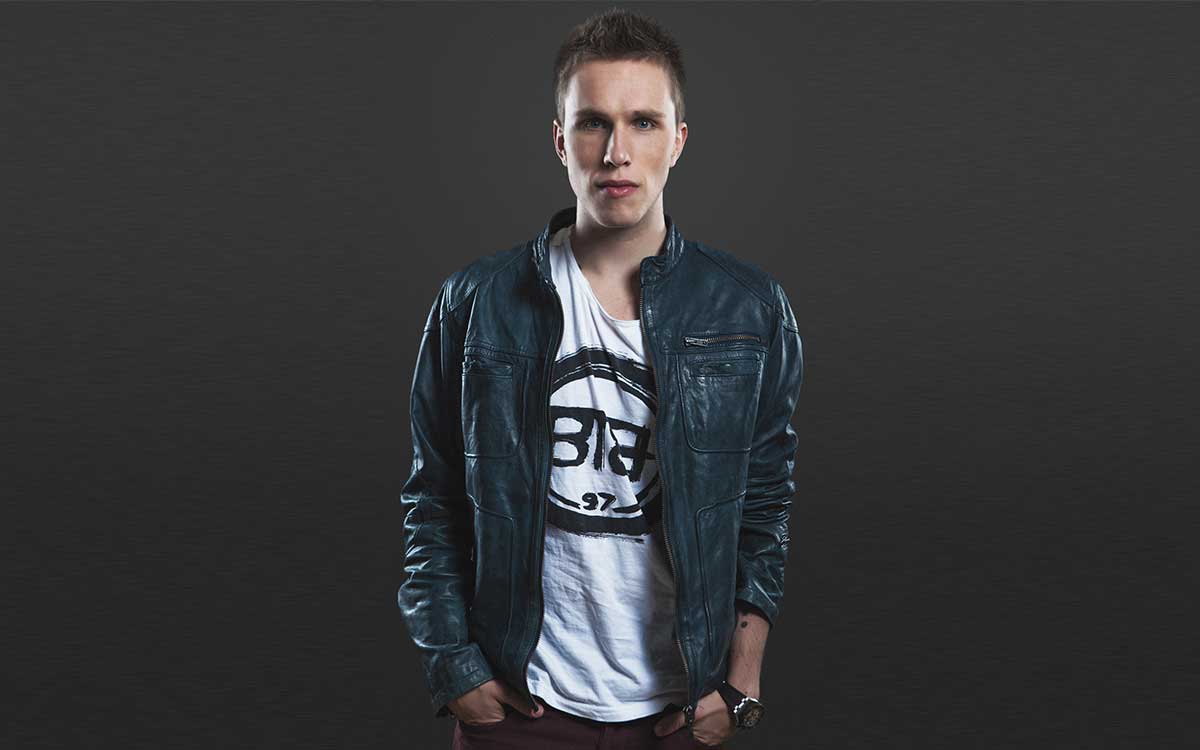 Strike up a conversation about the current state of electronic music and it won’t be long before Nicky Romero gets an emphatic mention. And quite rightly so—because at the age of just twenty-six and in the space of only a few prolific years, the Amsterdam-based superstar has managed to build nothing short of a remarkable musical empire. Celebrated the world over for countless chart-topping records and his electrifying energy in front of hundreds of thousands on the world’s most distinguished stages, the loveable Dutch performer, producer, Protocol Recordings chief and global brand ambassador has already carved an international reputation for himself as one of the most exciting and industrious artists of his generation. Perpetually dedicated to growing and maturing the Nicky Romero brand at every turn the Protocol don continues to vindicate his position as one in just a handful of the most influential and venerated forces in the international music arena today.

Real name Nick Rotteveel, Nicky Romero was born January 6, 1989 in the small city of Amerongen, Holland. A keen interest in the drums and an early career spinning house and R&B quickly evolved into an unbridled passion for music production, with early releases (picked up by boutique outfit Once Records) catching the attention of some of the more established house music labels, such as Spinnin’, Fly Eye, Toolroom and Flamingo Recordings. As Nicky worked on honing his own exclusive sound—a seductive blend of progressive house tinged with electro and acid— 2010 saw him release an unofficial bootleg of David Guetta’s smash hit ‘When Love Takes Over’ to the online world; a move which would shape his entire career. The track’s viral success piqued the interest of David Guetta himself and in that moment Romero found his mentor and champion. They have since collaborated on multiple projects including ‘Metropolis’ and ‘Wild One Two,’ and in the summer of 2012 Nicky Romero accepted a yearly residency at David Guetta’s infamous FMIF club nights at Pacha and Ushuaia in Ibiza.

Fast-forward to today and Nicky Romero is now paying forward this experience as a youngster through his own burgeoning Protocol brand—one that has quickly established itself as one of the industry’s leading independent dance music platforms and a go-to outlet for forward-thinking dance music. Championing up and coming artists like Deniz Koyu, Arno Cost, John Dahlback, Vicetone, Kryder, Michael Calfan and Volt & State, Romero now extends his own influence to help develop the next generation of artists, while also supporting more established acts. With the label’s releases consistently charting in the Beatport top 10, international Protocol Reboot events selling out some of the world’s most iconic venues, and with Protocol Radio (a weekly show syndicated to more than 60 radio stations on FM) consistently listened to by over 40 million listeners every week, the emphatic impact his carefully nurtured Protocol brand has around the world continues to grow at an unprecedented rate.

Back in the studio and whether it’s his own original song, a star-studded collaboration, or an inventive remix he’s conjuring, Nicky Romero’s productions consistently receive massive support from both fans and a veritable ‘who’s who’ of dance music aristocracy. With early notable output including ‘S.O.T.U.,’ a single released on Steve Angello’s label Size Records, Nicky is now most widely appreciated for worldwide hit ‘Legacy’ with Krewella; solo singles ‘Symphonica’ and ‘Toulouse’; his UK #1 collaboration with Avicii ‘I Could Be The One’; smash hit ‘Feet On The Ground’ featuring Dutch superstar Anouk and most recently ‘Let Me Feel’—a collaboration with Dutch duo Vicetone for his Protocol Recordings imprint. With additional remixes for Zedd, Calvin Harris and many more, Romero has also produced music for Rihanna (‘Right Now’) as well as two tracks for Britney Spears.

Of course Nicky Romero wouldn’t be where he is now if he wasn’t also a serious force to be reckoned with outside the walls of his studio. A natural born performer from the off, his tenacity behind the decks and his innate ability to read and work a crowd of any size has seen him electrify some of the most revered festival stages on the planet, including those at Ultra Music Festival, Electric Daisy Carnival Las Vegas, Lollapalooza, Tomorrowland, Coachella, Stereosonic and countless others.

Add to these his intense ‘Nothing Toulouse’ North American headline tour, road- blocking ‘Protocol Events’ in Miami, New York, London, Manchester and Amsterdam, multiple headline slots at ID&T’s Sensation events, a residency at Omnia in Las Vegas, and a non-stop touring schedule of the world’s most iconic nightclubs, and you begin to understand why this breakthrough star with a bulletproof work ethic is credited as a driving force behind the fantastic health the scene currently enjoys. In every aspect of his life—as DJ, producer and label head—he is a tireless advocate for his art. Couple this with his distinctive signature sound and compelling output, and it is no surprise that he exploded into the DJ Mag Top 100 chart at number 17 in 2012, the highest new entry that year, and rose up to number 7 in 2013—the year which also saw him receive a nomination at the MTV EMA awards for Best Dutch Act.

Building upon these accolades in 2015, whilst simultaneously furthering the Protocol brand and his own individual solo career, Nicky Romero continues to make his indelible mark on the music industry; a mark that is increasingly felt in the hearts of his devoted fans. Pushing relentlessly forward with the wind at his back, Nicky now looks to the next chapter of his already highlight-studded career and has big plans for all facets of the Protocol brand on the horizon. Having made early waves by collaborating with and producing tracks for some of the most iconic names in music (Rihanna, Britney Spears, David Guetta, Calvin Harris, Avicii), it’s Nicky’s sheer determination, combined with an incredible raw natural talent, that now sees him stand shoulder-to-shoulder with these superstars, perpetually striving to be the very best he can possibly be. “The main aim is to up my game at every possible turn without compromise” he says—a holistic life motto which now manifests itself in a truly remarkable career. Long may it continue.