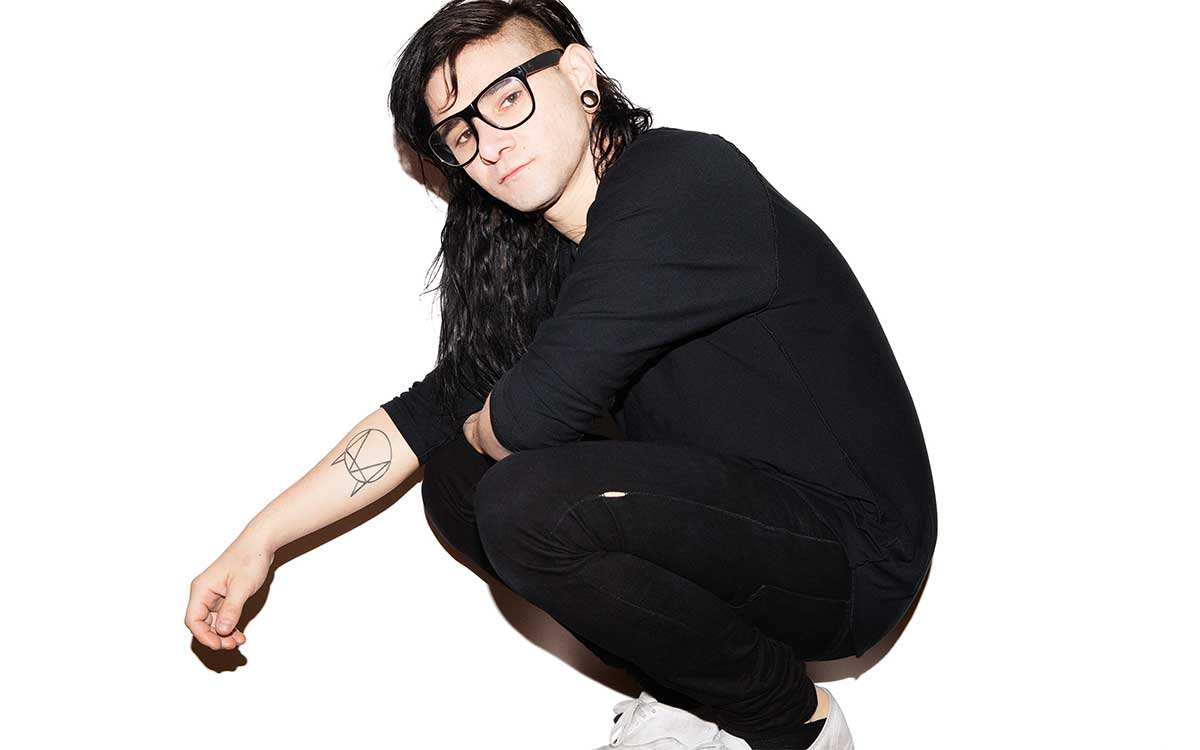 Sonny Moore found club and mainstream stardom beginning in 2008, when he swapped his gig as the frontman in post-hardcore band From First to Last for the dancefloor-oriented project Skrillex. He originally used the name for live DJ sets, but in 2009 the project moved into the studio with Skrillex remixing the likes of Lady Gaga (“Bad Romance”) and Snoop Dogg (“Sensual Seduction”). In 2010, the self-released digital download EP My Name Is Skrillex appeared, combining the Benny Benassi and Deadmau5 styles of electro with the same type of over-the-top samples and giant noise of electronica acts like the Chemical Brothers and Fatboy Slim.

Moore signed to Deadmau5’s Mau5trap label in 2010, where he released his second EP, Scary Monsters & Nice Sprites, along with the club hit “Kill Everybody.” If topping the club charts didn’t prove the producer had arrived, a trio of Grammy Awards in 2011 helped considerably, including Best Dance/Electronica Album for Scary Monsters and Best Dance Recording for the title track. He also made an appearance on the revived Beavis & Butthead television series, and collaborated with the surviving members of the Doors on a single called “Breakin’ a Sweat.” The recording of the track was captured in the documentary film RE:GENERATION, while the song itself landed on Skrillex’s Bangarang EP, which appeared in early 2012. The release won him two more Grammy Awards, one for the title track as Best Dance Recording and one for the EP itself as Best Dance/Electronica Album.

Most of Skrillex’s recordings, however, were forced around his busy touring schedule, which found him on every inhabited continent playing to hundreds of thousands of dance fans. Still, he collaborated on singles with Damian Marley (“Make It Bun Dem After Hours”) and Alvin Risk (“Try It Out”), and released another EP, Leaving, in 2012. His second proper full-length, Recess, appeared in March 2014 and promptly hit number four on the Billboard chart. ~ David Jeffries, Rovi