Home  Artists  Hip-hop  Will I Am 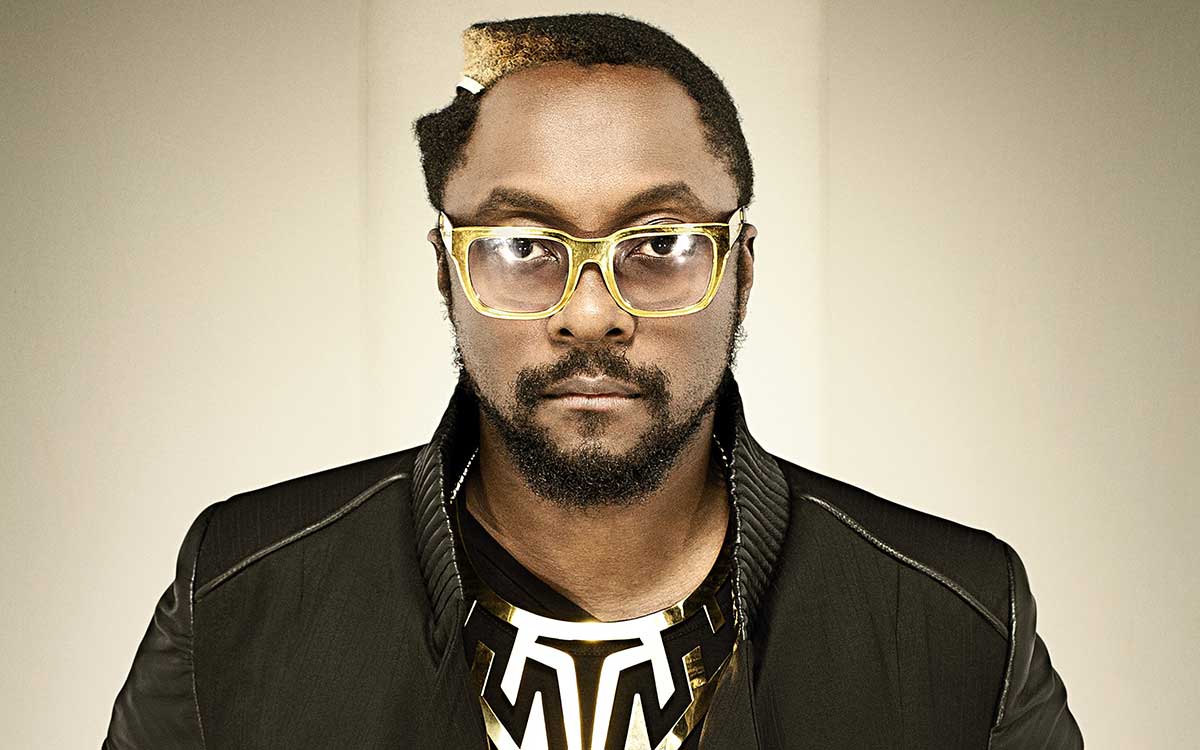 Grammy Award winner will.i.am is one of the founding members of the Black Eyed Peas. He’s also made a name for himself as a solo artist, producer and activist.

Born on March 15, 1975, in Los Angeles, California, will.i.am is a hit-making solo artist and founding member of the Grammy Award-winning group the Black Eyed Peas. The multitalented singer has also excelled as a songwriter and producer. Outside of the music biz, will.i.am dabbles in fashion, acting, technology, business and social activism.

Will.i.am was born William J. Adams on March 15, 1975, in Los Angeles, California. His mother, Debra, raised him alone after his father abandoned the family. Will.i.am grew up in a housing project, which he described to the Daily Beast as being “raised in the ghetto, on welfare, two minutes from homeless.” Having music as an outlet helped him look beyond his bleak surroundings. While in high school, will.i.am met Allen Pineda (stage name: apl.de.ap). The two combined their hip-hop and break-dancing styles to form the rap group Atban Klann with several others. They were signed in 1992 to Eazy-E’s Ruthless Records label.

In 1995, will.i.am renamed the group the Black Eyed Peas. Two years later, they made it to the radio with “Request Line,” a collaboration with Macy Gray. After working with Gray, the band realized a feminine touch was missing, and singer Kim Hill temporarily joined the lineup before Stacy “Fergie” Ferguson became a permanent fixture. Her mighty vocals paved the way to stardom. Their 2003 album, Elephunk, soared thanks to the track “Where Is the Love,” featuring Justin Timberlake. With will.i.am leading the charge as front man, producer and songwriter, more hits followed, including “I Gotta Feeling,” “Boom Boom Pow” and “Let’s Get It Started.” By 2013, the foursome had sold 31 million albums worldwide and earned three Grammy Awards.

When not focused on the Black Eyed Peas, will.i.am has produced music for other established acts, like Mariah Carey, Michael Jackson and even his bandmate Fergie, when she struck out on her own. Fergie’s success prompted the producer to follow suit in 2007 with his own album, Songs About Girls. Three other individual albums followed, including the super popular #willpower in April 2013, which included the duets “#ThatPOWER” with Justin Bieber, “Fall Down” with Miley Cyrus and “Scream & Shout” with Britney Spears.

Musician is not the only professional hat that will.i.am wears. There’s acting as well, including a co-starring role with Hugh Jackman in the 2009 blockbuster X-Men Origins: Wolverine. He’s also appeared in educational TV specials, American Idol, The X Factor and served as a coach on the reality competition shows The Voice UK (2012, 2013, 2014) and The Voice Australia (2014).

Will.i.am has also played in the fashion space, even taking classes at the Fashion Institute of Design and Merchandising. He’s released several lines like EKOCYCLE, which incorporates recycled plastic bottles. Technology is yet another of his fortes: Will.i.am serves as a shareholder in Beats Electronics and as a director of creative innovation at Intel, and has put out his own line of camera accessories.

Activism and the Future

This renaissance celebrity isn’t about just profit but also politics, change and social activism. He created songs and a website to support Barack Obama’s 2008 presidential campaign. His innovative music video for the song “Yes We Can,” featuring snippets from Obama’s speeches, won an Emmy and a Clio award. In addition, will.i.am runs his I.Am.Angel Foundation to support education. Its I.Am.Steam initiative to expose underserved students to learning opportunities outside the classroom earned him recognition as a Young Global Leader by the World Economic Forum in 2013.

What’s coming up for the ridiculously busy will.i.am? If the rumors are true, the next accomplishment to check off his list will be American Idol judge.